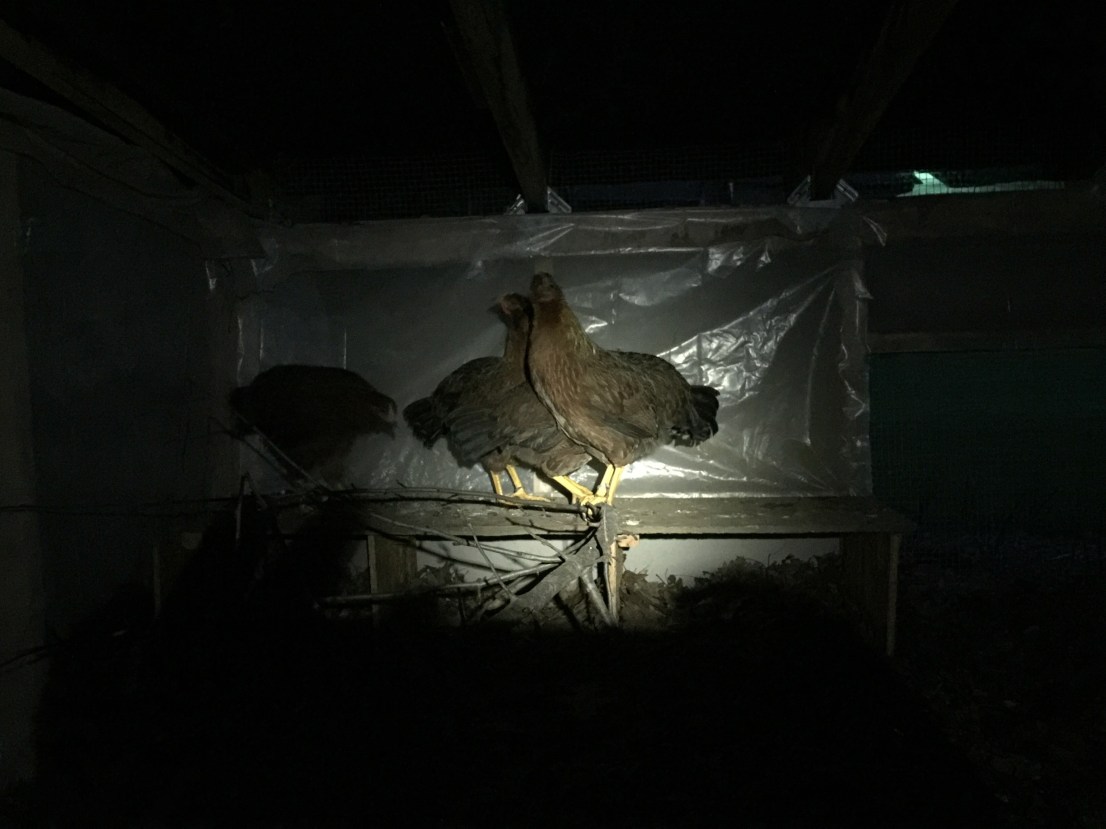 Let’s start off this week with a picture of the elusive “pink” egg: 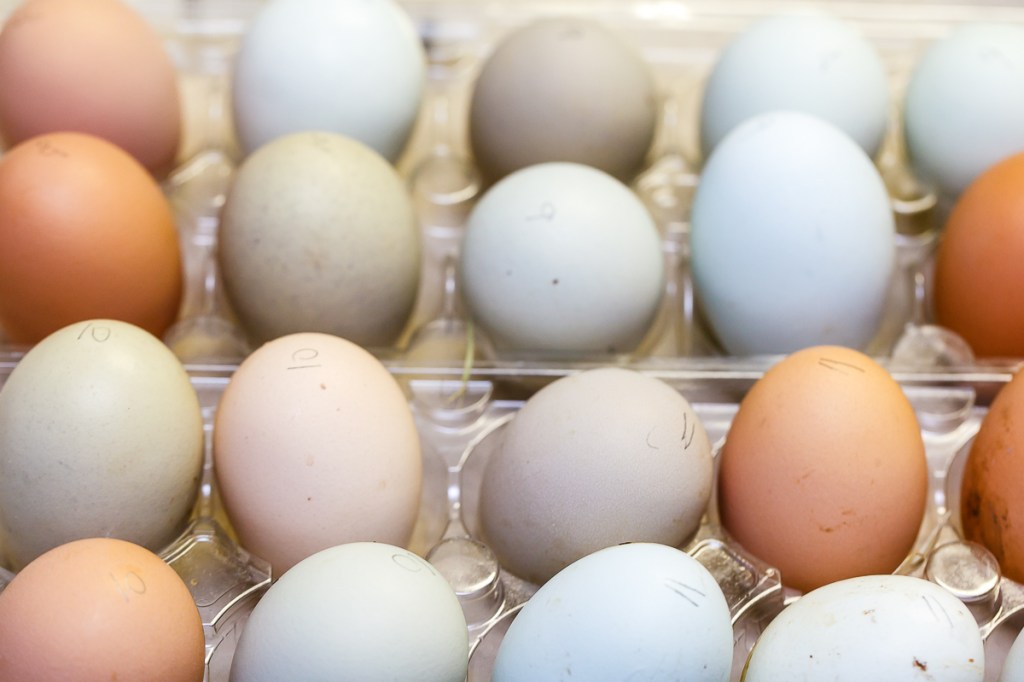 If you look in the second row from the bottom, second egg from the left, you will see what I call the “pink” egg.  Even after all this time, I can’t with certainty say this is an Easter Egger’s egg, but I think it is.  You will notice the Rhode Island Reds’ eggs are much darker brown.  They are the far bottom left, right side of the second row from the bottom, and the left egg on both the first and second row from the top.  The Easter Eggers mostly lay blue eggs, though there are a few that are more olive or green.  This pink one is the unidentified egg though.  Chickens are supposed to lay the same color egg, generally, daily.  Easter Eggers can lay pink eggs, but I am supposing the coloration for one of the Rhode Island Reds may be off too.  In other words, I DON’T KNOW!  You have no idea how tempted I am to set up a camera.  🙂

I have been surprised lately – the Rhode Island Reds’ egg production has really slowed down.  They are only averaging 3.75 eggs a week now, whereas the Easter Eggers are averaging 4.16 eggs a week.  That isn’t a big difference, but the Rhode Island Reds are supposed to be the more voluminous egg producers.  I keep whispering to them that they have to earn their keep, it’s either eggs or meat, but I don’t think they believe me.  🙂

Speaking of egg production, this is the lightest week in a while.  There were only 40 eggs total produced, which has really impacted what we can give away.  Thankfully, they upped the production the last few days of the week.

The number of eggs is not the only thing we are watching.  I also pay attention to the weight of the eggs, which I haven’t reported lately.  In the past the ladies were laying small eggs with a few mediums.  Since that time the egg size has grown quite a bit, and we are solidly in the medium egg category now.  The Rhode Island Reds’ eggs are averaging 1.85 ounces, and the Easter Eggers’ are averaging 1.775 ounces.  The average for the flock is 1.78 ounces.  We did have two much larger eggs this week, both weighing near the extra-large egg weight (above 2.25 ounces).

The rain we have had lately has put a real damper on their outside time.  Though they play in the run all the time, Charity usually tries to let them run out in the grass daily, and that hasn’t happened as often due to the rain.  I suspect it will become even less as the days get colder.