What a week!  We started off and ended with some beautiful spring-like weather, which is fitting now that we have officially crossed over to spring.  It wasn’t without a nice brisk few days inbetween though.  Even so, my gardening fingers are itching!

Speaking of fingers, both my index finger and thumb seem to be healing up nicely from the pruning accident last weekend.  The index finger in particular seems to be doing quite well.  The thumb was cut deeper, and I still do not have full flexibility with it.  It is improving day by day though.

The big homestead project this week was to create a portable chicken run, which I decided to make out of PVC and fencing.  It wouldn’t hold a big dog, but it will hold chickens.  😀  This is light enough two people can move it, though four people would be able to handle it easier.  The plan is to move it to a different place in the yard weekly, and then let the chickens have a considerable amount of time in it throughout the day, which should give them a nice addition of bugs and grass to their diet.  I’ll show pictures of it in tomorrow’s post.

Oh, one other thing from this weekend is that I opened my winter sowing pots and let them breathe.  It is really going so well.  All plants haven’t sprouted up in hearty strength yet, but I think all of them have sprouted.  The brassicas are looking really good though!  It won’t be long until they have their first true leaves and are ready for transplanting! 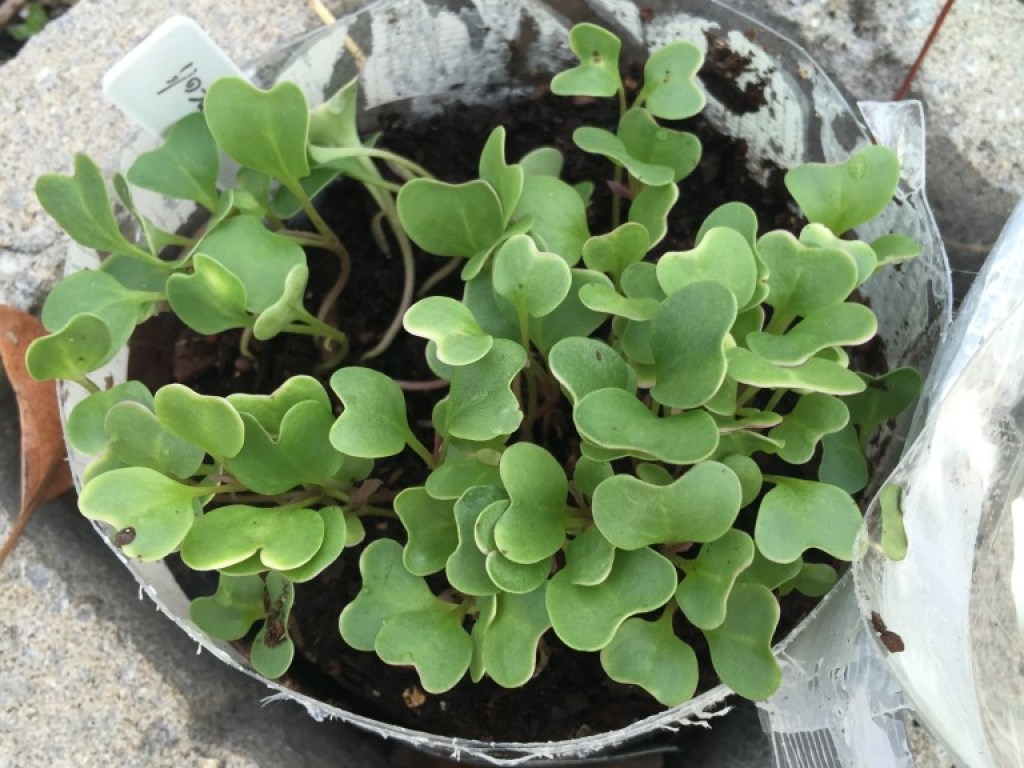 Yes, they need thinned out – ALOT!  I didn’t think I seeded that heavily, but obviously I did.

That reminds me of another task I need to complete.  I need to stake the garden off so I can know exactly where the planting areas are according to my planting map.  Yeah, yeah, yeah – that’s the nerd coming out in this gardener.  😀

View more posts from this author
« The Chicken Chronicles
How to Remember Everything »
Fatal error: Uncaught Exception: 12: REST API is deprecated for versions v2.1 and higher (12) thrown in /home/content/62/4469462/html/365daysofme/wp-content/plugins/seo-facebook-comments/facebook/base_facebook.php on line 1273