If you know me, it doesn’t surprise you that I tried a new, unusual crop this past year: Cherokee Gourdseed Corn. 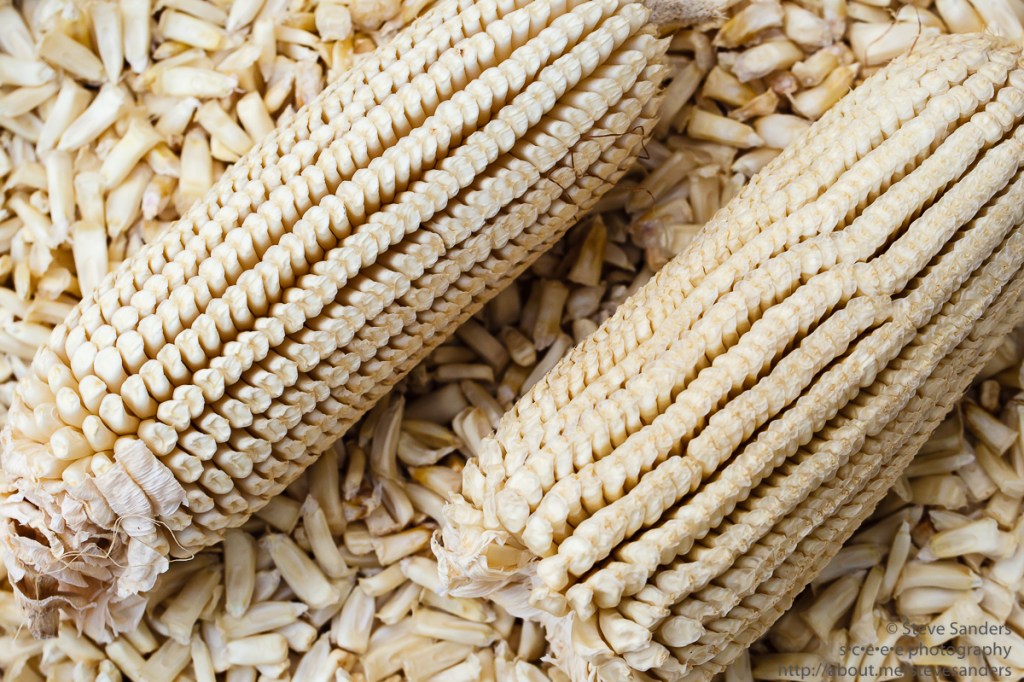 This is a traditional southern corn, as it is a longer season corn.  In other words, I am not sure the summer would be long enough to grow this very much further north than we are.  The books say about 125 days to maturity, and I believe it.  It took longer to mature than any corn I grew this year by a considerable amount.

It was a pleasant corn to look at though – the cobbs were nice and fat on the stalks, and they seemed quite hearty.  The stalks were stout, with no danger of blowing over.

The kernels are amazing though.  As you can see in the picture above, they don’t look crowded on the cobb, but that is because they are so thin and long.  They are often said to remind people of old man teeth or horse teeth.  Did I just say that old man teeth and horse teeth look similar‽  😀  No insult meant to all the old men reading this.  I didn’t really think of the kernels looking like teeth when I was shelling the cobbs, but now that I look at the picture, they are very similar in features to teeth, aren’t they?

The most interesting thing about this corn was not the kernels though, in my opinion.  Instead, it was the ease of shelling.  It was almost as simple as placing two hands on the cobb and twisting.  In fact, I wish I had videod to show, as it was so amazing.

View more posts from this author
« Happenings Around the Homestead
The Hazards of Backyard Chickens »
Fatal error: Uncaught Exception: 12: REST API is deprecated for versions v2.1 and higher (12) thrown in /home/content/62/4469462/html/365daysofme/wp-content/plugins/seo-facebook-comments/facebook/base_facebook.php on line 1273