As mentioned yesterday, this was a big week with the chickens – the annual changing of the litter!  (listening for hens everywhere to start cheering)  It isn’t quite as gross as it sounds.  We use the deep-litter method with our hen house, which means I fill the coop with a very thick layer of oak leaves once a year.  During the year the hens poop in it, stir it up, aerate it, tear it up, and cause it to compost.  This means you never really have a strong smell, but instead you have soil being built.  However, you must change that out periodically, not only for the hens, but for you to have the benefits of it.  This past weekend was that time.

Okay, here is what it looked like before we began: 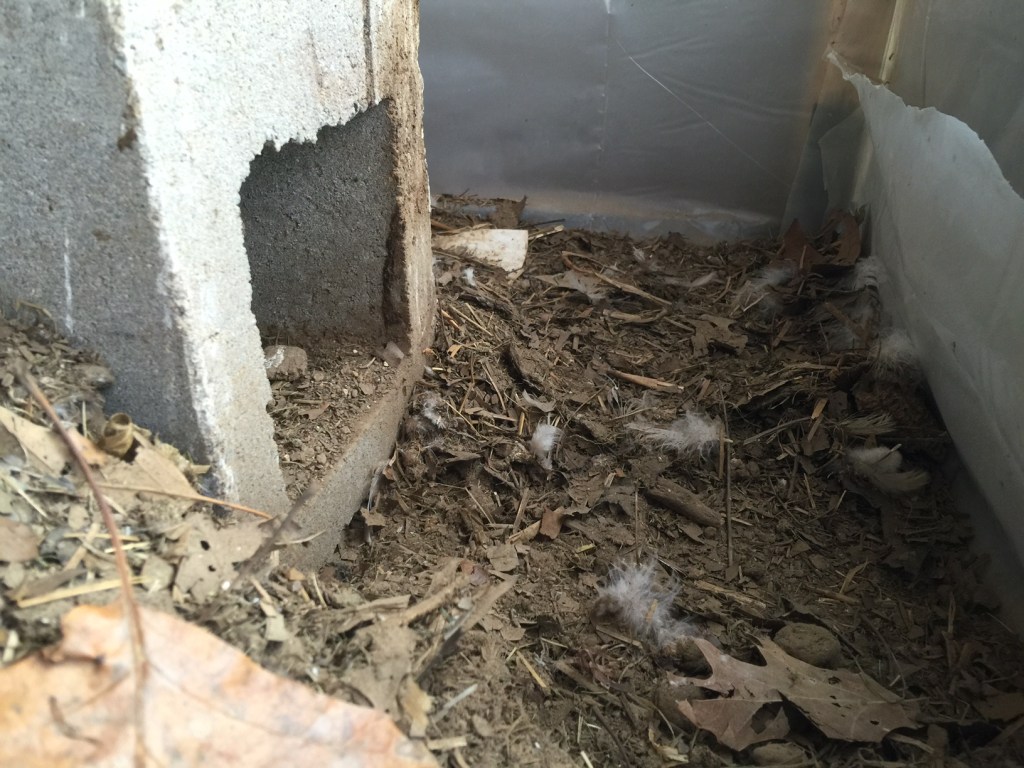 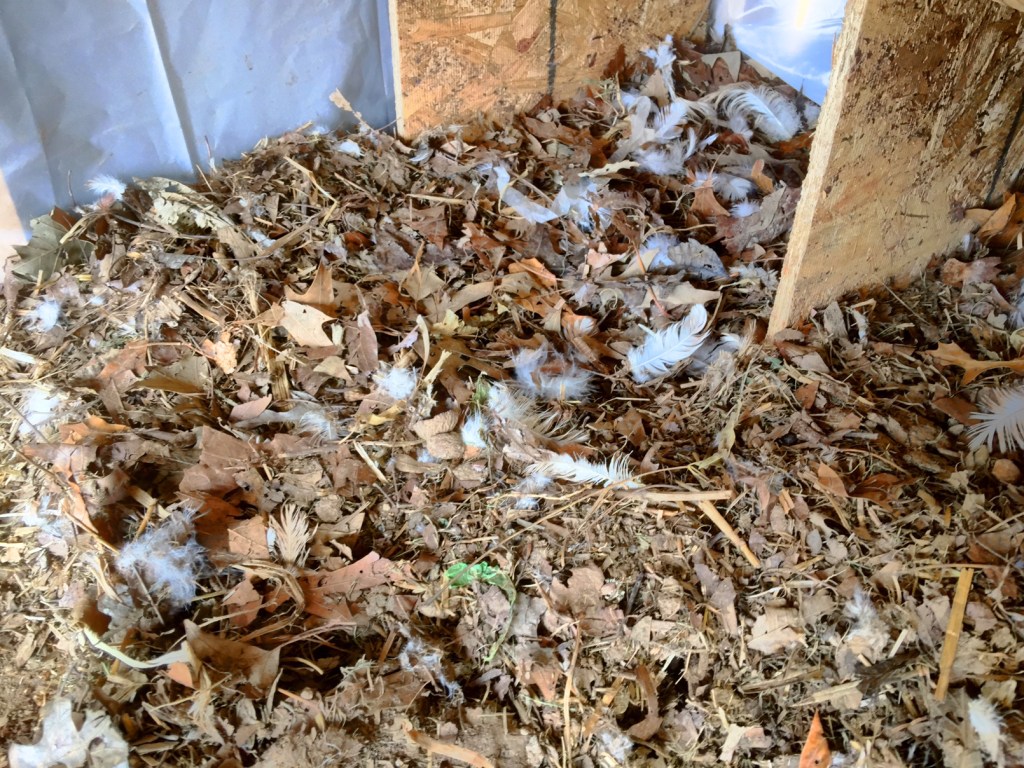 You may notice it was not thick everywhere.  That is because of the hole in the floor.  The silly ladies knock the leaves down into the bottom of the coop, into the run, over time.  I typically then use a pitchfork to move it from the run back to the coop to keep a good thick layer there.  I haven’t really stated it yet, but as I understand it, the thick layer is essential to give enough dry brown material to keep the stench down.  It is really much like composting.

I first moved all the old chicken litter out of the coop and the run while the ladies were out stretching their wings: 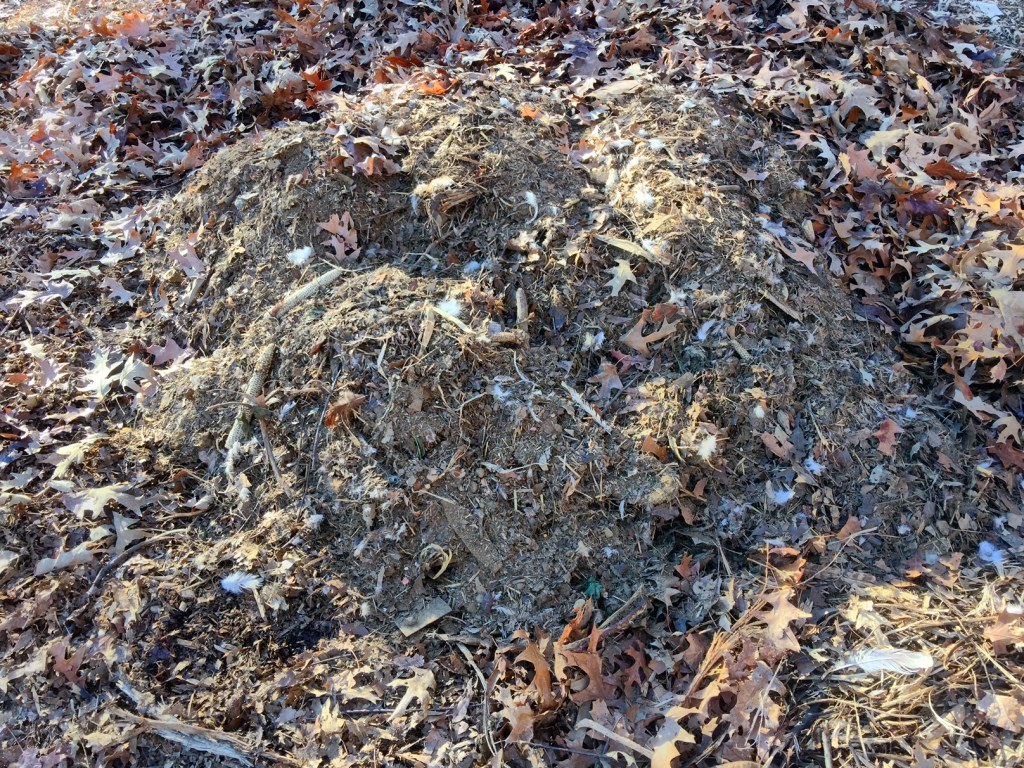 You can see how much compost this created in a year, and this is far better compost than you might get from any store.  It is all organic, all homegrown.  I know what is in this compost, and I know it is good.

I then took a large pile of leaves that were good and dry, and I move them into the coop and run.  I know this looks like it would be uncomfortable for the chickens, and it may be, but it won’t stay this way for long.  I happen to think they enjoy it though, digging through all this new material looking for any sort of life (read: bugs) that might be in it.  As I said, it won’t stay this way for long though.  Soon the leaves will become shred under their constant picking and foraging, and it will pack down.  Anyhow, here is what it looks like in the coop: 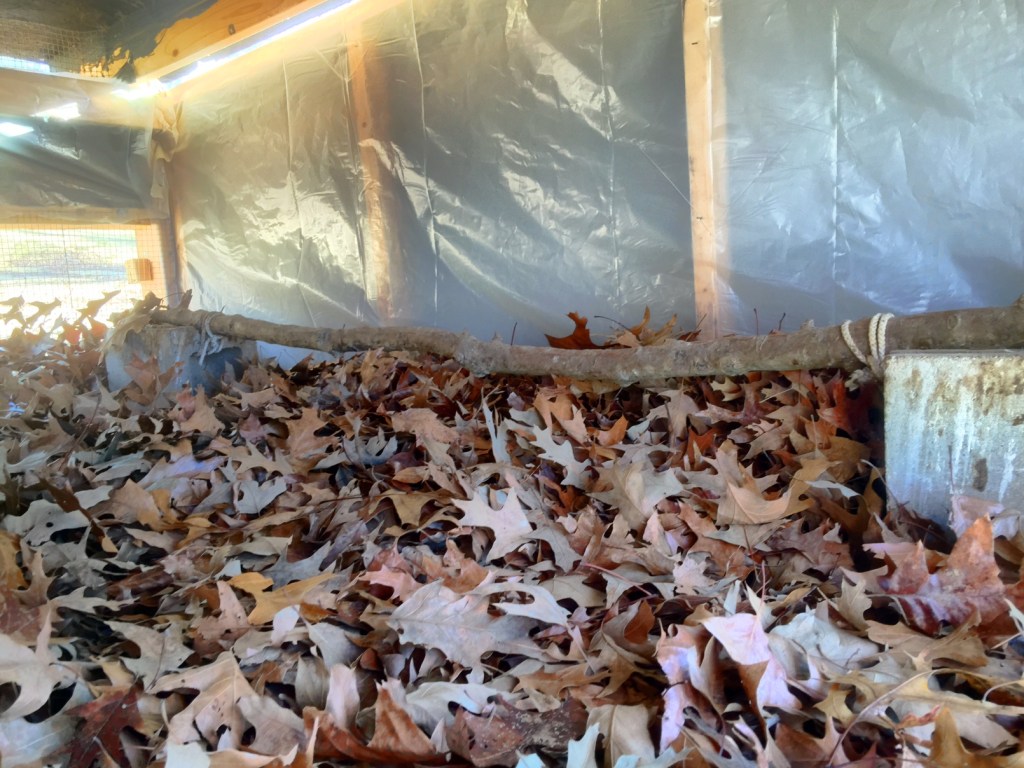 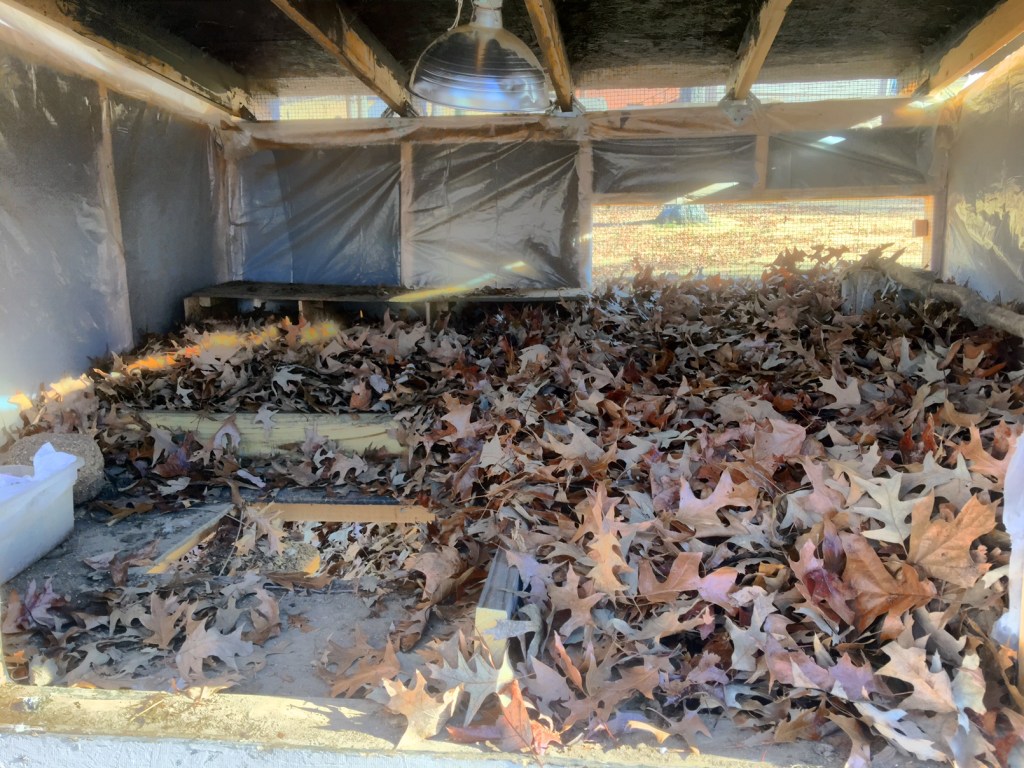 I also put it in the run because I need plenty of material to add to the coop throughout the year.  It is essential to keep a thick layer there.  As the litter in the coop runs this, I will scoop some from the run up into the coop.  Believe it or not, this will all be smashed down to a thin layer in just a few days.

The only other thing going on with the hens this week is a bit of an upswing in egg product.  Last week was eggs, whereas this week we had 29, and 9 of them were Easter Eggers!  If we compare that to last week, we see the Rhode Island Reds laid the same amount (20) and the Easter Eggers upped their production by 7 eggs!  Go Easter Eggers!  It won’t be long until we see those numbers really jumping up.  I am very anxious for that.

View more posts from this author
« Get in the Gym More
Happenings Around the Homestead »
Fatal error: Uncaught Exception: 12: REST API is deprecated for versions v2.1 and higher (12) thrown in /home/content/62/4469462/html/365daysofme/wp-content/plugins/seo-facebook-comments/facebook/base_facebook.php on line 1273