The last few weeks have been busy ones, and thankfully things around the homestead haven’t demanded too much attention from me.

Most of the summer crops are exerting their last energy for the season, and in fact, we expected frost on early Sunday morning, though we didn’t get any at our house.  Even so, I covered the Sweet Basil, the Carolina Reaper Peppers, and the Pineapple Sage so they could all live another day.  It seems we won’t have danger for another frost this week, but next weekend I might cut the basil and the Pineapple Sage back and dry the leaves.

The Pineapple Sage may live all winter.  It can survive some cold, but the leaves would all die in a frost, which is why I covered it.  It sure is nice seeing it right now though, as this is the first time I have seen it bloom – nice red flowers that the butterflies seems to love.  I’ll cut it back to about four inches above the ground, and I’ll try to remember to cover it if it gets bitter cold this winter.

The basil, however, will die once the temperature goes below freezing.  I am trying to decide yet if I will take a cutting to bring inside in an attempt to keep a plant alive all winter, hoping to kickstart the season next year.

The Carolina Reapers are a pet project of mine.  This is the world’s hottest pepper right now, and no, I don’t plan on eating one.  They do, however, make an interesting pesticide that keeps most animals away from the garden.  They are REEEEEEEEEEALLY a long season pepper though, so I plan to prune them, dig them up, and bring them in for the winter.  Yes, peppers will survive all winter, and they will even flourish the next year.  It will be nice to get a kick start on the season with these bad boys.

Speaking of flourishing next year – I hope that is what I say about my garden next year.  I have finally taken the plunge and officially taken delivery of my first truckloads of woodchips.  Last year I began Back to Eden gardening, which is basically covering your garden with a biodegradable covering such as leaves or wood chips.  This past year I used dry oak leaves, and let me tell you, it made a difference.  The soil was much more moist underneath the leaves all year, and presumably they began to decompose during the year feeding the plants.  The more proper way to do this is with wood chips though, which is why I have taken delivery of them.  THREE LOADS! 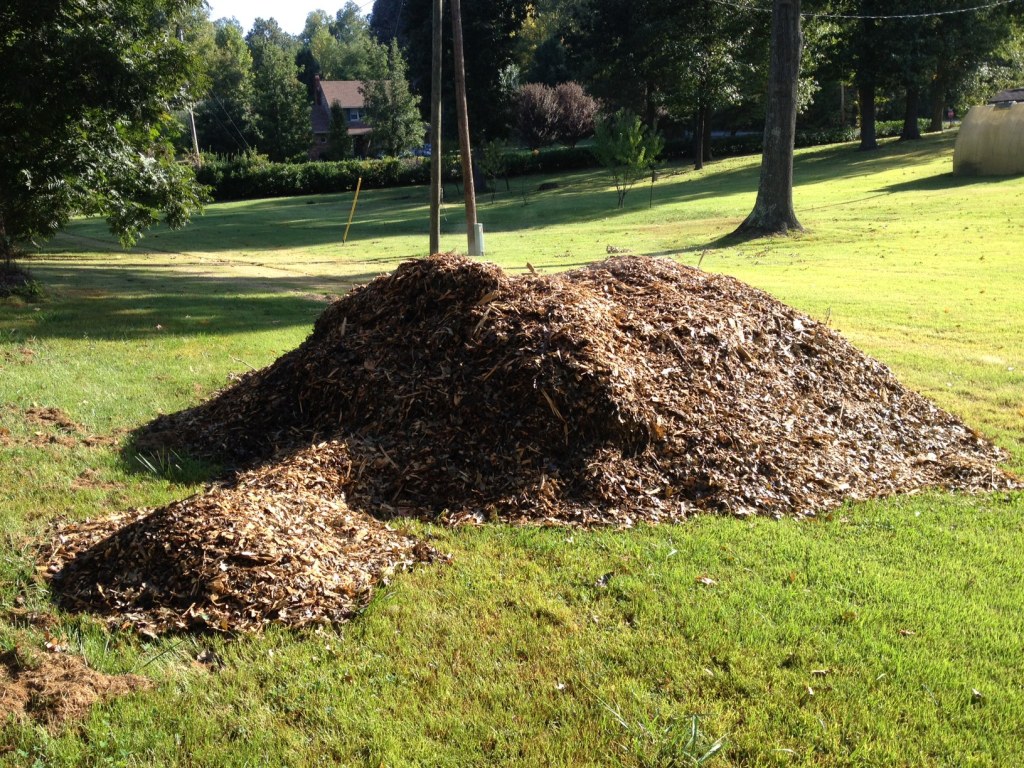 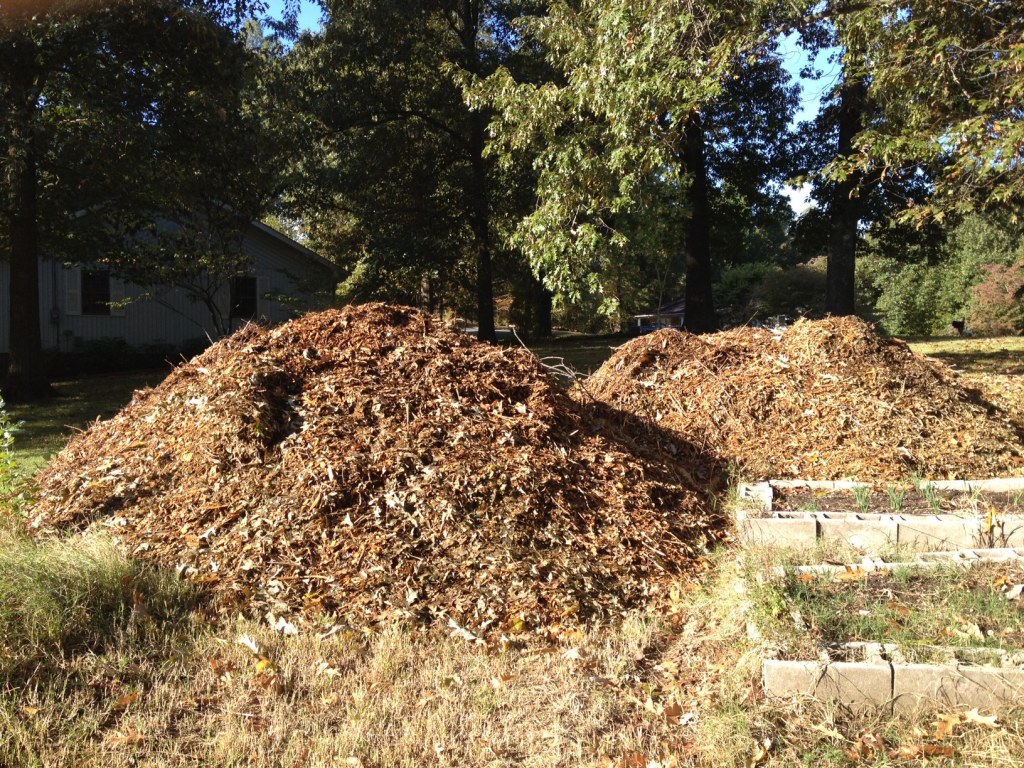 The next step is to begin to spread these over the garden.  I also plan to expand the garden this year, so I will spread them there as well, with a thick layer of newspaper underneath in order to keep the grass from growing through.  More to come on this …

It won’t be long until the soil begins to rest and replenish, and while the soil rests, I will begin dreaming of next year’s garden.

Whew, last week was a whirlwind.  So much so that I never even got around to sharing the record the ladies set last week.  Can you believe they jumped up to 48 eggs‽  That is nine more than their previous week!  Unfortunately, they didn’t hold that kind of record again this week.  Even so, they still produced 43 eggs, which is nothing to sneeze at!

The big event for the chickens this week is that I had one of the ladies who was egg bound.  I am glad this happened while I was home.  I first read up on it on Backyard Chickens and The Chicken Chick.  My initial plan was to let it go for a bit and see if she laid the egg, but after further reading I decided the best time to act was now.  SIGH.

I began by just holding her and trying to calm her down.  She quickly seemed comfortable in my arms as I felt her abdomen to see if I could feel an egg, and indeed I could.  I had one of my boys begin to mix some oyster shells with water, which we would then give to her with a syringe to increase her calcium.  It seem this is one of the causes of a hen being egg bound, as calcium is necessary for contracting muscles.

While my oldest son was helping me with this, my youngest son was filling our bathtub with warm water to give the hen a warm bath.  As crazy as this sounds it helps the hen relax, which often helps them expel the egg.  As I walked toward the house to give her the bath, out popped the egg along with a second one that was not yet fully formed!

I carried her down to the hen house, and after setting her in there she seemed to need a few minutes to recooperate.  Later in the evening she seemed back to normal – potential catastrophe averted.

Had the calcium and bath not worked, things would have gotten more interesting, as we would have had to put mineral oil on her vent.  The problem is not just that she wasn’t laying her egg, but for chickens the vent the egg comes out of is also the vent they defecate from.  In other words, this animal that normally poops every twenty minutes couldn’t go at all.  Ultimately, in the absense of fixing this, she would have likely been dead in a couple of days.