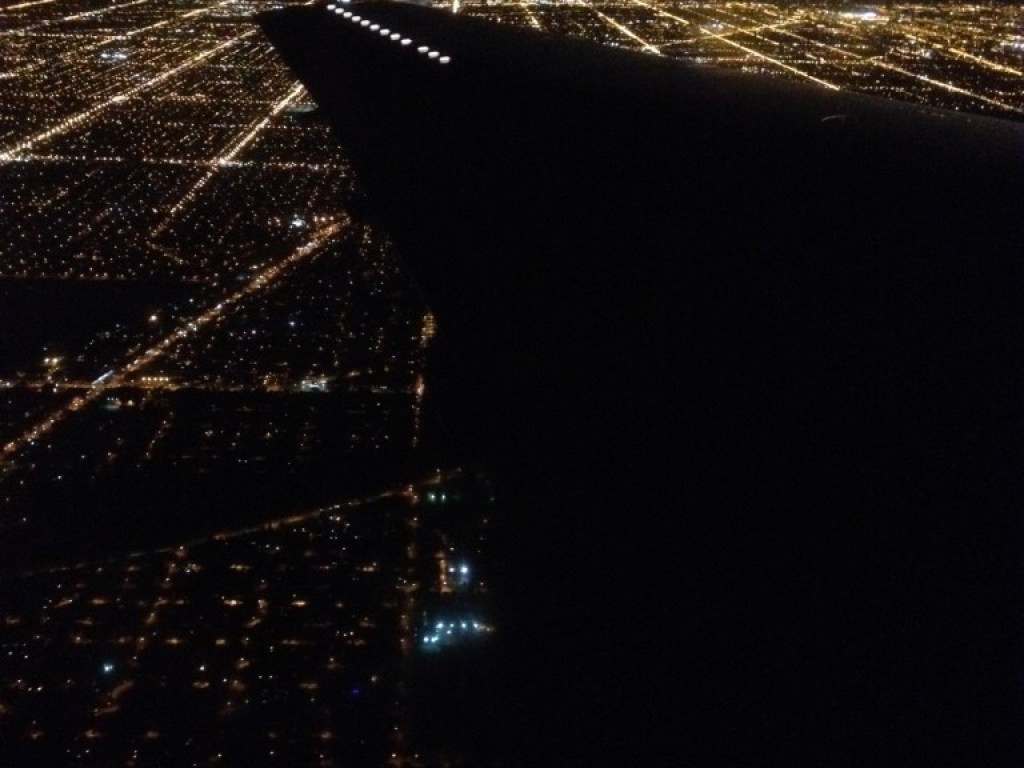 Chicago from the Air

As I begin writing this it is Friday night, September 26th, at about 10:00 PM Central Time. I have just departed Chicago O’Hare Airport for Nashville, and while I feel blessed to be on this flight, it was not originally in my plans for the day.

I began this morning in Denver, Colorado, with an early morning flight to Chicago, followed by another flight to my only local airport in Paducah, Kentucky. If all had went as planned, I would have been home by 3:00 PM, though I know that is not something to count on. Even so, what happened today should have never happened.

Airlines often get a hard time from folks over things that are beyond their control. Believe me, they mess up their share of the time too, but things like weather are hard to control. Today was one of those days. One of those days the airlines weren’t to blame. My airline of choice, United, and all of the others would have preferred today never happened. Though I have been in the midst of this all day, I have yet to see the news, so I don’t know the full story, but let me tell you what I know.

A disgruntled employee set fire to the air traffic control headquarters. As I understand it, this wasn’t even at the airport, and it is certain that it had repercussions that went much further than Chicago. In fact, I would go so far as to say that this disgruntled employee was, at least for a short time, the most powerful man in America, though I don’t think that was his point.

As tragic as this is, it will likely derail the real tragedy in all of this. The real tragedy is that a critical piece of the infrastructure of this country, air traffic, was effectively halted by one man. ONE MAN. This raises a question that must be answered. How did this happen? Unfortunately, the focus will be put on this disgruntled employee, but it will probably miss the real issue. The real issue is that there was not an adequate disaster recovery plan in place.

As many people know, critical businesses must have disaster recovery plans. I suspect that there was a disaster recovery plan for this critical service, but was it adequate? No. A critical service of this nature should have had the ability to fully recover in a matter of minutes. Though I am not one for unnecessary spending, a complete replica of this system should have been in place at another location, and it doesn’t seem that it was. In fact, as I departed tonight, flights were still being cancelled, and it seems they will be tomorrow too. How could this happen? What will the total cost of this outage be? I fully suspect that the cost will be far more than it would have cost to put an adequate disaster recovery center in place.

Why is this so troublesome? It is not the first time this has happened. This same location had an issue just earlier this year. When will people learn? How much money will the private sector have to spend to cover the mistakes of the public sector?

I don’t know the answers, but I sure hope someone in a position that can make things happens makes it their job to find the answers.

View more posts from this author
« The Chicken Chronicles
“Forever Trevor” – A Review of the Rodizio Grill in Fort Collins, Colorado »
Fatal error: Uncaught Exception: 12: REST API is deprecated for versions v2.1 and higher (12) thrown in /home/content/62/4469462/html/365daysofme/wp-content/plugins/seo-facebook-comments/facebook/base_facebook.php on line 1273