The older I get, the more I realize these two things:

A couple of years ago I decided to make my own vanilla extract, and I haven’t regretted it.  Not only has it been significantly less expensive, it tastes better too.  A few weeks back Charity let me know that it was about time to make the next batch, so I began getting the ingredients together. 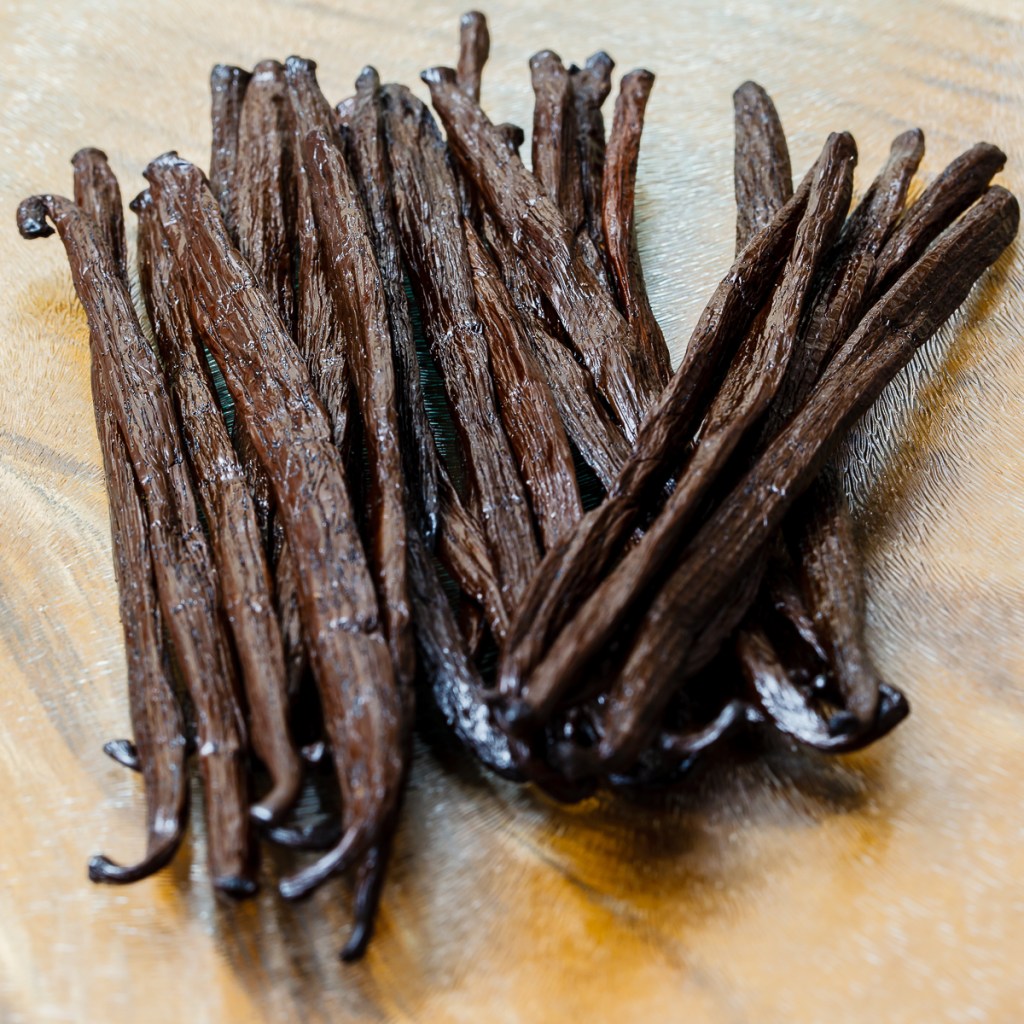 Resist the temptation to get premium beans and save some money while improving the quality of your extract by using grade B.  Thankfully it is not the end of the world if you order grade A because I messed up and did that on this order.  The reason to go with grade B is that there is less moisture in them, which makes for a better extract.  In my case, I will just have to use more beans.  Of course, grade B beans are less attractive, but who cares how they look for an extract?

You can spend all day searching for vanilla extract recipes, but you might still miss out on the real keys.  To be considered real vanilla extract, the extract must have the following attributes (see CFR part 169.175 for more information on the regulation specifying these attributes):

With all that legal mumbo jumbo out of the way, let’s make some extract!

The ingredients I will use is as follows:

First, we need to slice our beans longways: 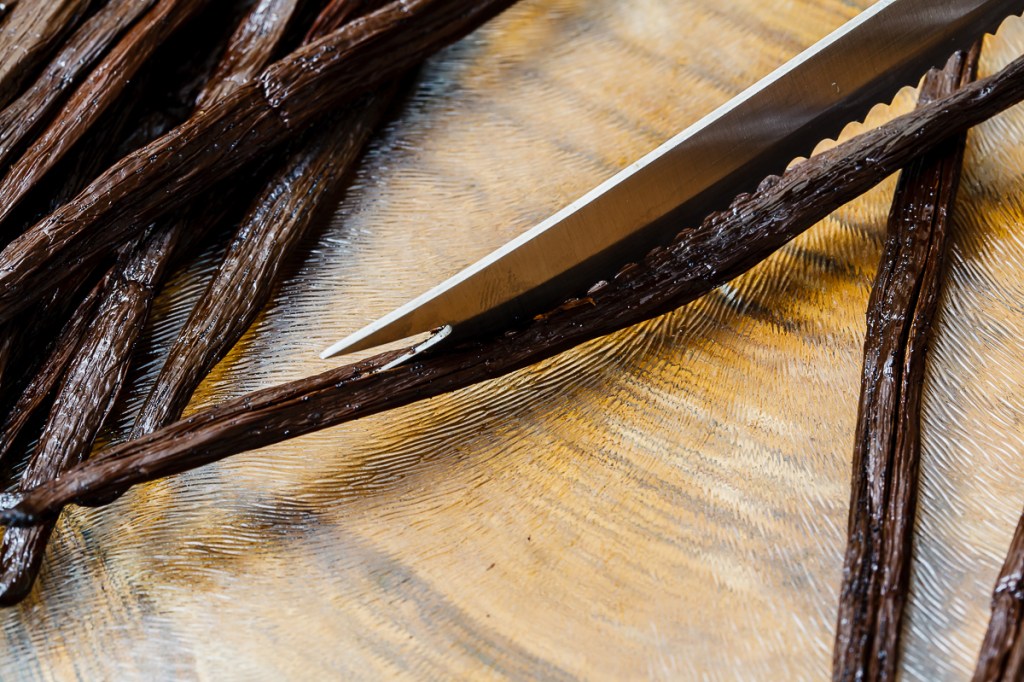 Next, cut the bean pods into small segments.  Remember, smaller is better, as the more surface area that touches the alcohol, the better. 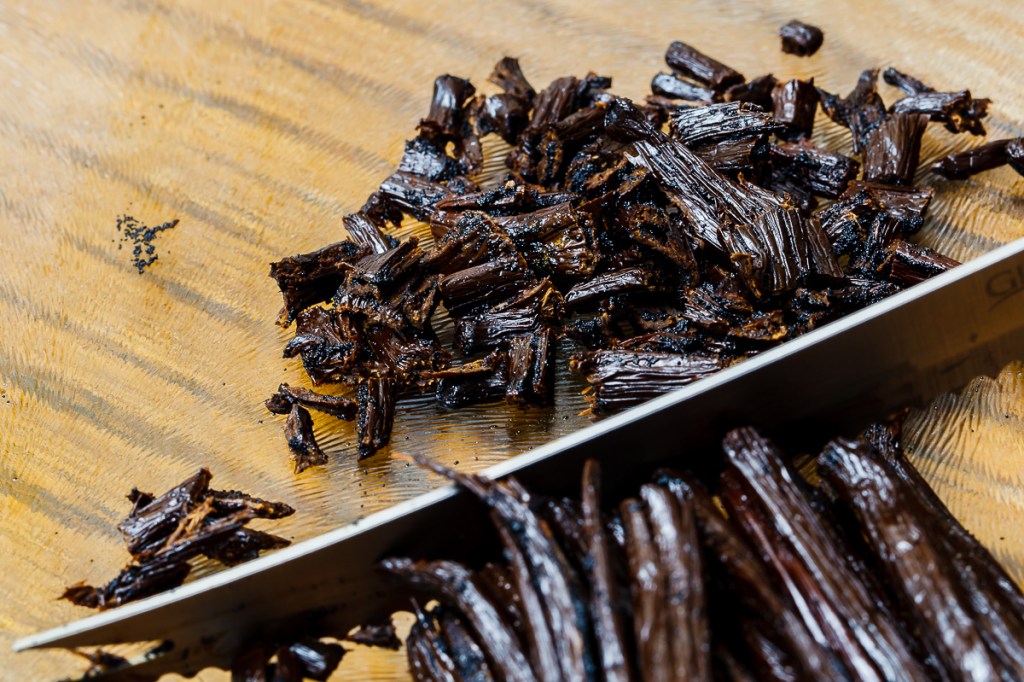 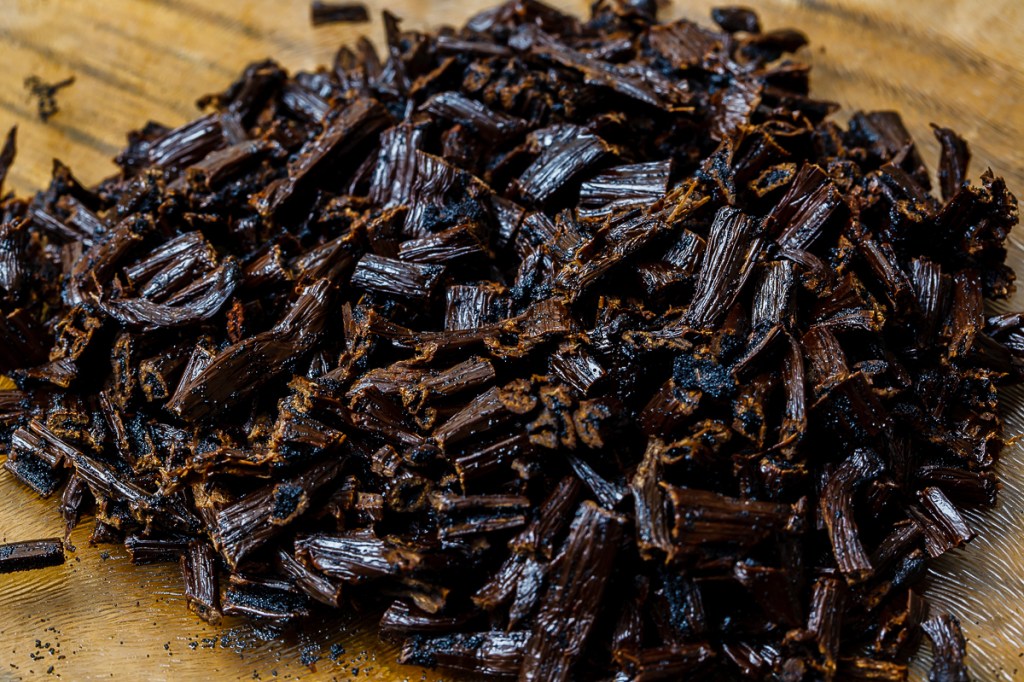 Place the pith and the cut pods into a glass jar and add the alcohol. 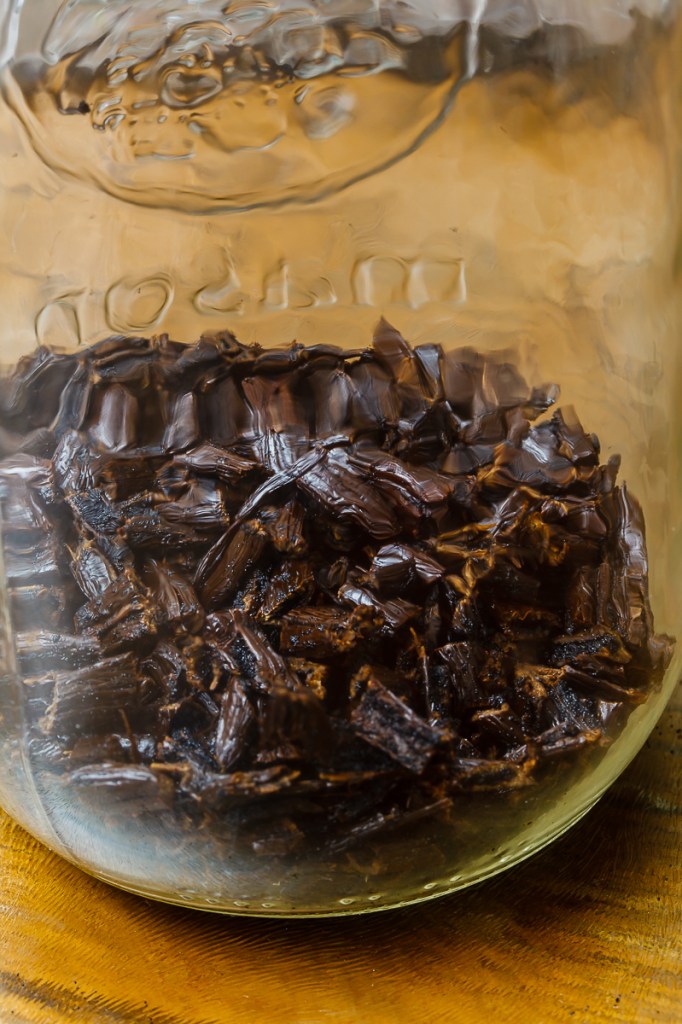 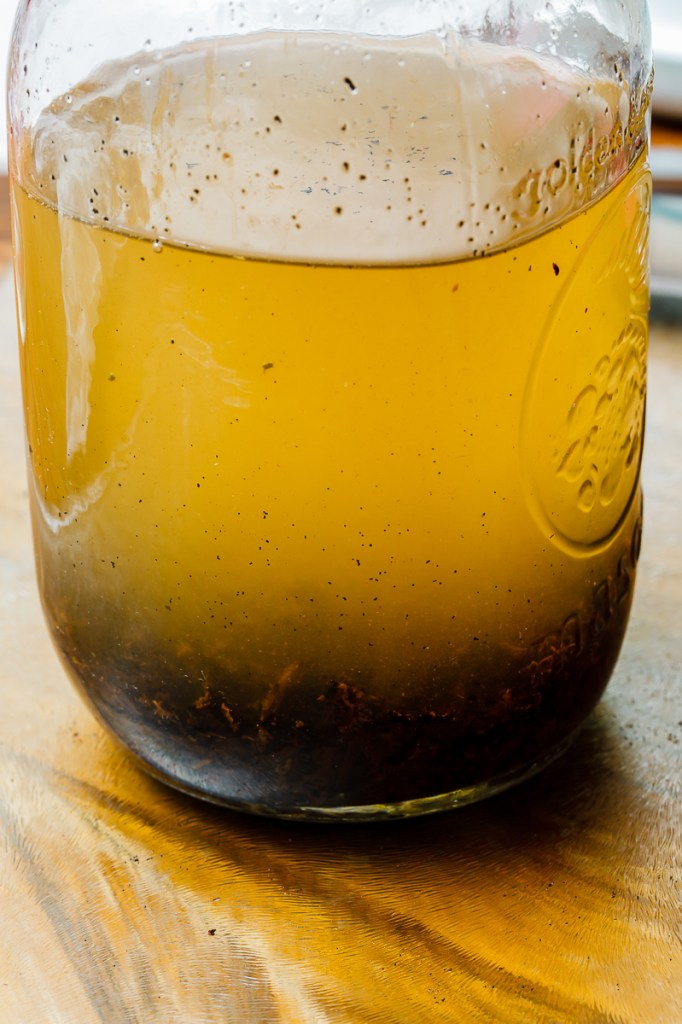 Day One of the Vanilla Extract Aging 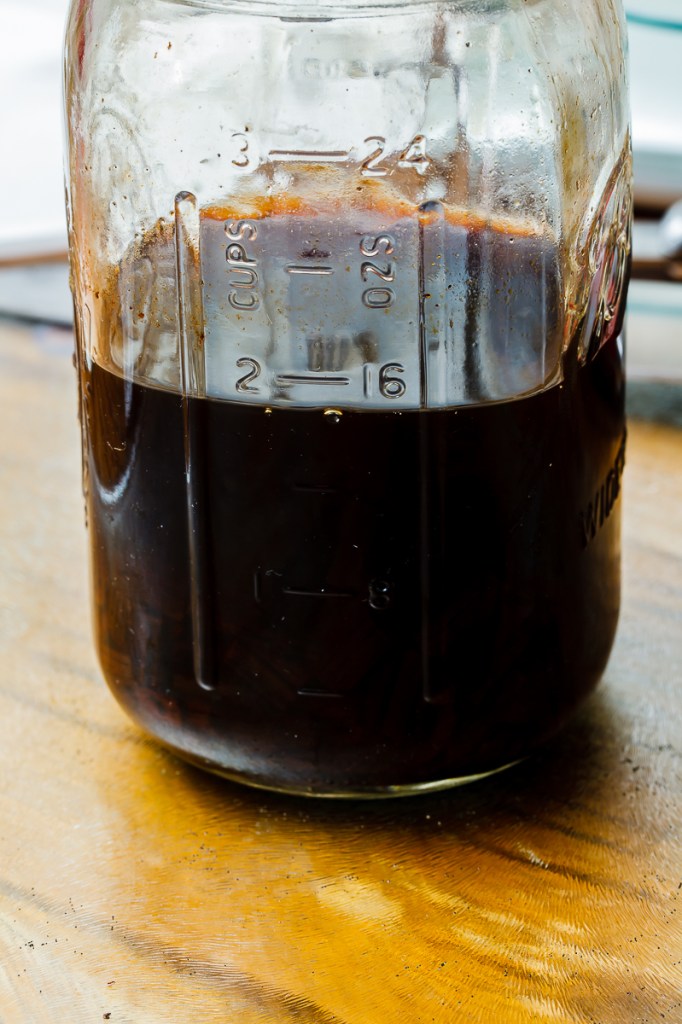 That’s it!  Now I’ve place my jar in a cabinet to be taken out and shaken as described above.  Though I will strain out the pith when I am ready to use the extract, I will leave the pods in the extract, as I suspect some vanilla will still extract out over time, and there is no danger of spoiling in the proportions used for this recipe.

You will notice, perhaps, the last picture is labeled “Aged Bourbon Vanilla Extract”.  The first time we made this, we made one batch with bourbon, which gives the vanilla a different flavor that adds some uniqueness to the foods you make with the extract, and you’re not likely going to find that on a store shelf.

I owe significant credit to the Vanilla Extract Instructionable and the superceding VanillaReview.com instructions.

View more posts from this author
« The Chicken Chronicles
The Chicken Chronicles »
Fatal error: Uncaught Exception: 12: REST API is deprecated for versions v2.1 and higher (12) thrown in /home/content/62/4469462/html/365daysofme/wp-content/plugins/seo-facebook-comments/facebook/base_facebook.php on line 1273