While I was out of town last week, I began to get really excited.  It seemed the egg production was increasing after two days in a row with five eggs each.  Since then it has been relatively quiet though.  I think we had three eggs on Friday, one on Saturday, two on Sunday, and two on Monday.

Speaking of eggs, we have had two oddities lately.  The first is a spotted egg.  Apparently one of the Rhode Island Reds is feeling some pressure to match the Easter Eggers for their unique eggs.  Look what she laid: 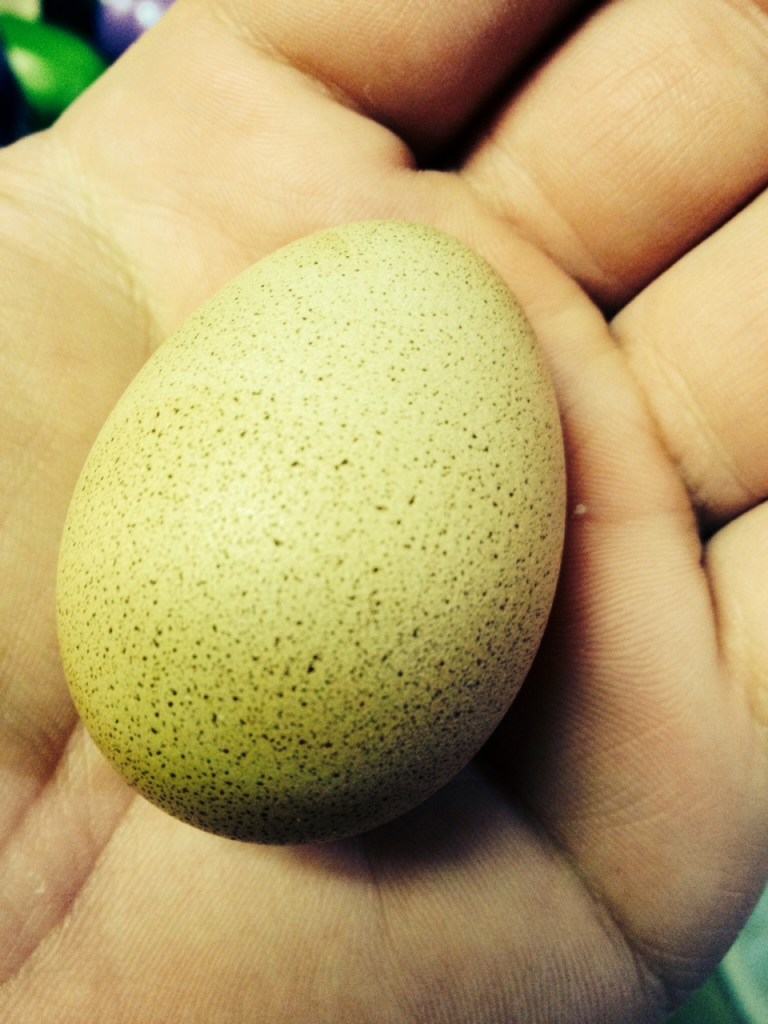 That has not been our only oddity though.  We have also had a shell-less egg laid: 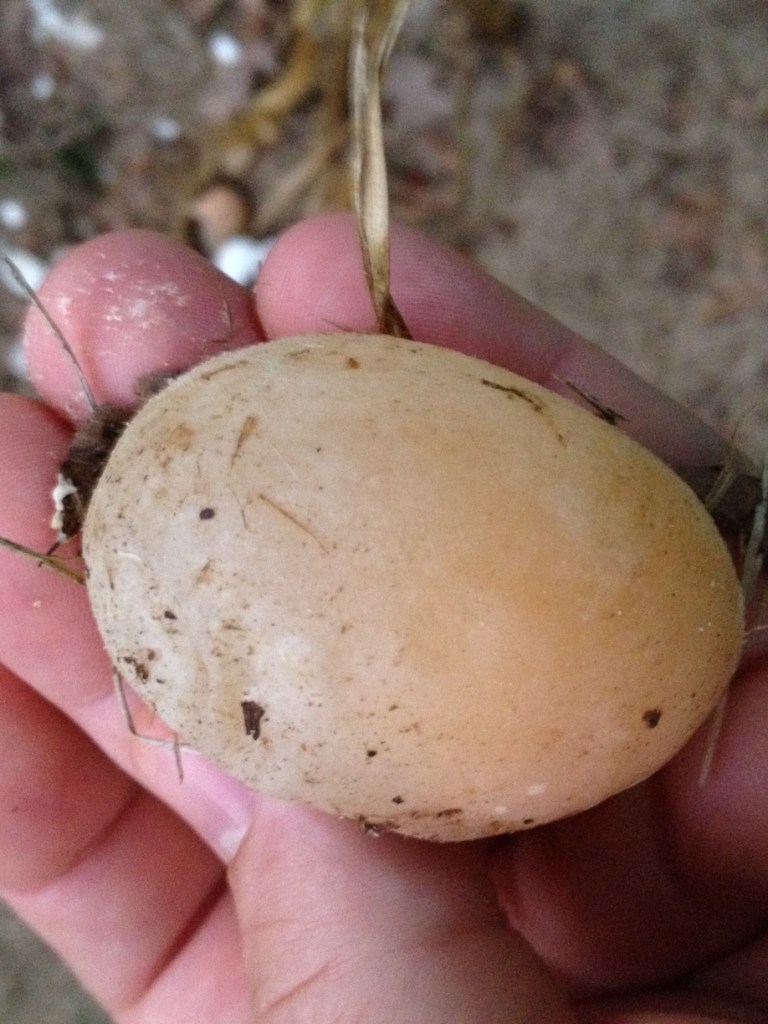 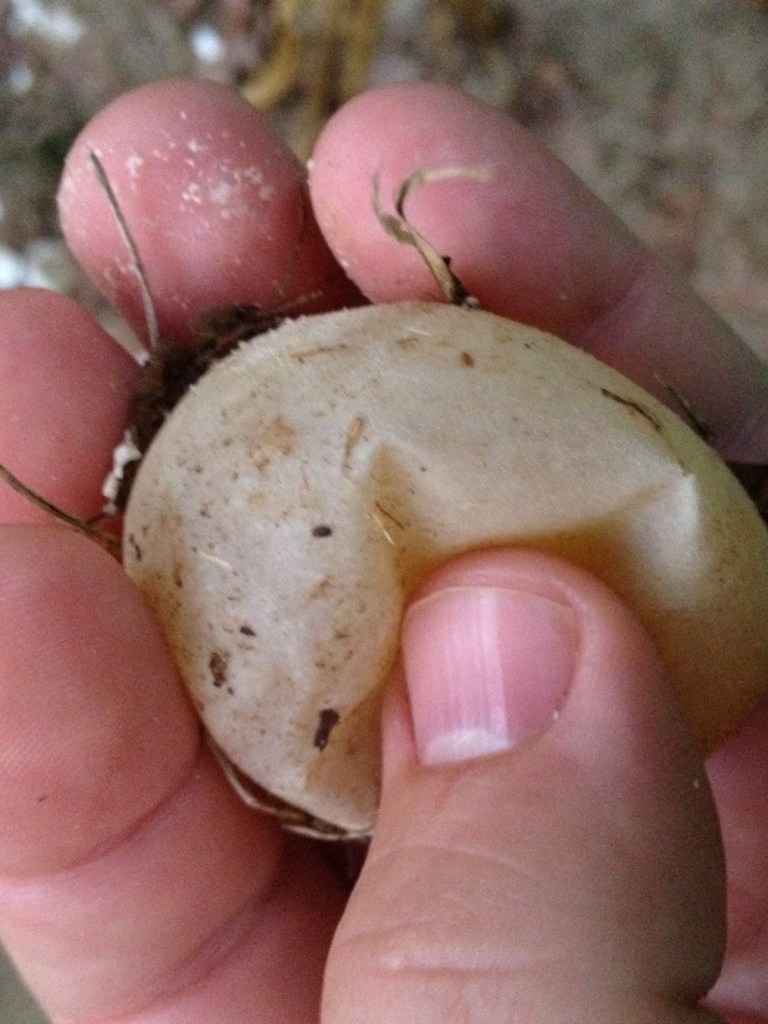 Saturday I was sure we were going to have several eggs.  I was out roasting coffee and heard that egg laying clucking going on all morning.  Come to find out, I think it was a first time layer.  When we checked for eggs later, there was only one there, and it was smaller than what we’ve been getting.

The ladies sure are getting brave.  When we let them out to run in the yard, they used to all stay together, but now they just go off on their own exploring.  That is fine unless we see a neighbor dog coming around.  Even so, we have yet to have an issue.  Yesterday, though, the chickens nearly went to the front yard, which is the furthest I have seen them go.  Brave ladies they are!

I am using the deep litter method in the coop, and yesterday I was noticing how well this seems to be coming along.  Basically by keeping a deep layer of litter in the coop, the smell is minimal and fantastic garden compost is being created.  Charity and I have neither one smelled the coop much.  Charity’s nose is ultra sensitive, so I think that is a good sign.  I think after the leaves fall for the year, I will clean out the coop and move this fantasic compost to one of the garden beds for next year, and restock the coop for the winter with fresh litter (oak leaves).

I am curiously awaiting the slow down of egg production for the year.  I don’t know when that happens for my area yet, though there are some reports that it slows down when the sunlight becomes less than 14 hours a day.  We are already less than that, so it may be soon.  Perhaps that is why they seem to be laying slower than I had hoped right now.  Even so, the Rhode Island Reds are supposedly winter layers.  Hopefully that means we will see a steady flow of eggs from those four ladies all winter long.

View more posts from this author
« Four Leadership Lessons From Nehemiah
Happenings Around the Homestead »
Fatal error: Uncaught Exception: 12: REST API is deprecated for versions v2.1 and higher (12) thrown in /home/content/62/4469462/html/365daysofme/wp-content/plugins/seo-facebook-comments/facebook/base_facebook.php on line 1273