How to Waste Your Time Planting Corn

I have always had a fascination with gardening, but it wasn’t until the last ten years or so that I really got into it.  Even so, I am reminded how little I know year after year.

Last year I got the idea that I wanted to plant Landrace Popcorn.  I’ll probably tell more about that sometime in the future, but in essence it is open-pollinated popcorn from which seed is selectively saved year after year.  That is definitely an oversimplification, but it is enough for now.  Last year I also planted Glass Gem Popcorn, which is absolutely beautiful, but almost worthless as a popping corn.  Here, check this corn out! 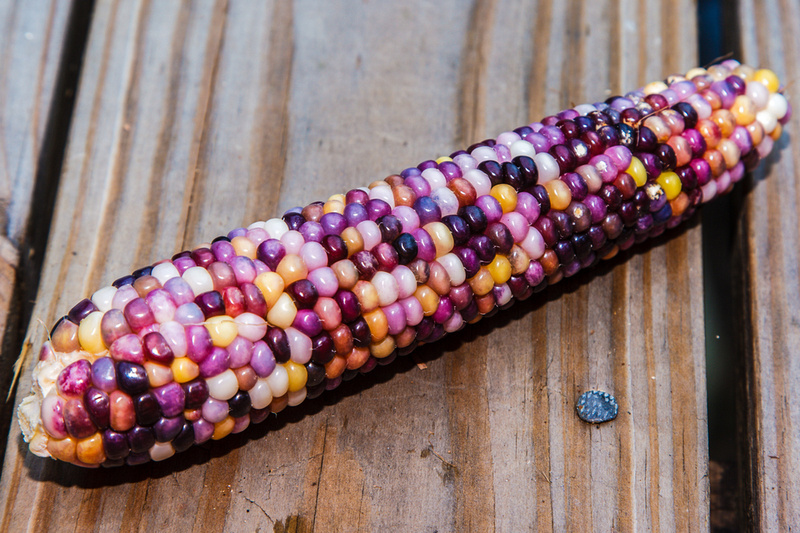 Unfortunately, I didn’t time these crops very well and they cross pollinated, affecting the quality of my popping corn.

This year I tried again, but low and behold, my interests in other things were sparked again, and while I didn’t grow Glass Gem Corn, I did grow two ancient corns that are flour corns.  I meticulously planned the dates each would mature, and I was sure I would avoid cross pollination this year.  Wouldn’t you know it, one of the ancient corns matured at exactly the same time as the Landrace Popcorn.  GRRRRR!

In an effort to stem the damage, I have been attempting to hand pollinate the corns, though I found out last night that I am not really doing this the right way, so there is no telling what I will get.  My guess is the seeds from this corn will probably be useless next year, but I suppose I can consider myself fortunate because I learned something from it.  While the wind was low this morning I walked through the garden attempting to hand pollinate better and I shook the stalks, hoping to spread the pollen on the corn while it was less likely to cross with the other.  Only time will tell if I was successful.